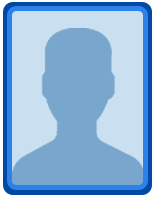 Dr. Jodi J. Heacock was born in Manhattan Beach, California. Growing up Dr. Heacock had a fascination with miniature toys. Once she became interested in dentistry, she realized fillings, crowns, and restoration of teeth were similar to a “miniature” world. Dr. Heacock received a degree in Biological Sciences in 1993 from The University of Southern California. She continued her education at the University of Southern California, School of Dentistry and graduated in 2000. Dr. Heacock has dedicated her career to children since 2003 because of the rewarding feeling of seeing her patients leave happy.

Dr. Heacock has two daughters- Jayne and June. She has several hobbies, which include- cooking, traveling, reading, gardening, and DIY projects.